On 21 March 2019, as part of the project seminar in Florence, the theatre company Almaviva performed the play Sancho Panza gobernador (dell’isola Barattaria) in the “saloncino” of the Teatro della Pergola. Re-written and directed by Duccio Barlucchi, the work adapts the melodrama by Giovanni Claudio Pasquini, inspired by Cervantes’ novel, performed in the Imperial Court of Vienna during Carnaval of 1733, with music by Antonio Caldara.

The play presents the cruel prankster Duke, who makes Sancho Panza believe that he has finally become the governor of an island, as Don Quixote had promised him many times. In order to please and entertain the Duke, Sancho sees himself held back in the only power to which he really aspires – having his stomach full and not doing anything – with all sorts of tortures and jokes, even making him Don Quixote’s judge. But despite the comical pains and frustrations, Sancho surprises everyone, and with common sense recognizes and unmasks the corruption, intrigues and scandals at court, and it teaches an ethical lesson to the true governors and servants.

In the Almaviva performance, Sancho Panza was played by the actress Miriam Bardini, reverting to the custom of the 18th Century of castrated men playing female roles. 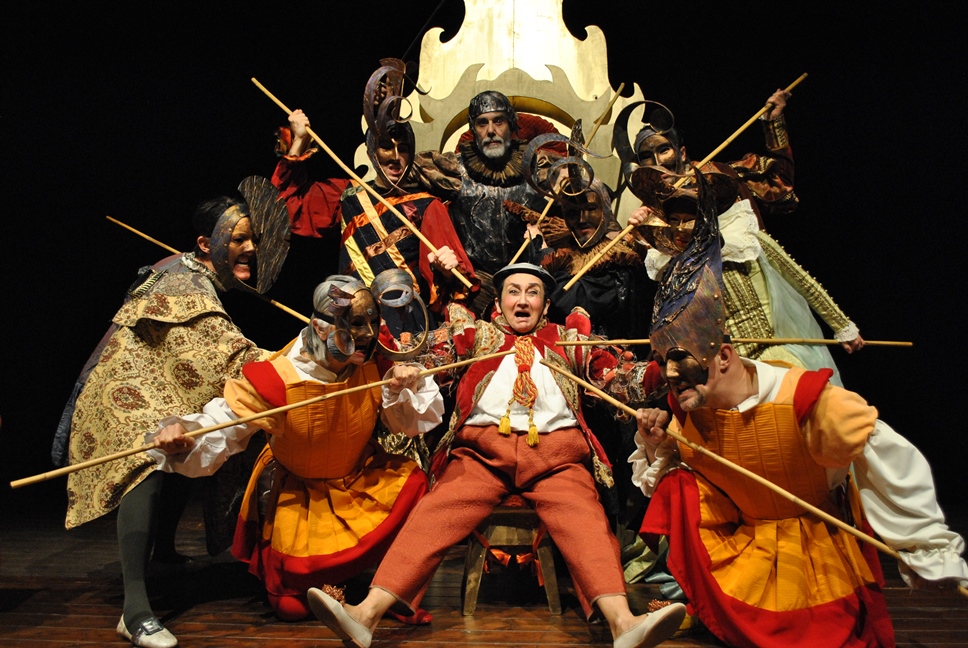 You can consult Almaviva’s website for complete information about the performance.